Angelica’s latest article which was published in Forbes Middle East (June 2018) thought leader section. In this piece, she discusses how companies can keep their employees motivated during mergers and acquisitions. You can read the full article below or online at Forbes Middle East 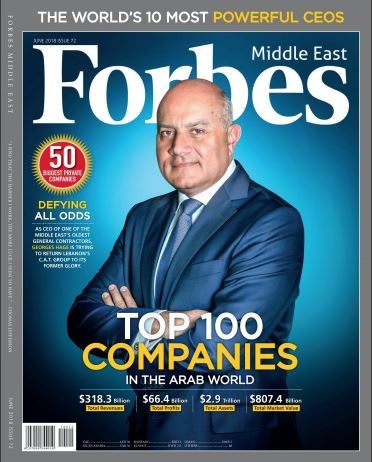 The Middle East is on the cusp of change, driven not only by a tech-savvy young population which forms about 60 per cent of the population, but also by the twin factors that are transforming the business scene: one, the impact of digitisation of business, and two, the growing mergers and acquisition (M&A) activity witnessed by the region.

Business consolidation is a norm in times of uncertainty. With protectionism serving as a change factor of global trade relations, businesses are looking at smarter ways to strengthen their operations and stay relevant.

They seek increased synergies through mergers and acquisitions, with M&A activity currently experiencing a significant spike in the region. According to a recent Thomson Reuters report, the total value of M&A transactions involving any Middle East and North African entity reached over US$13.9 billion in the first quarter of this year, a growth of 7 per cent over 2017.

The region is poised for a further upswing in M&A activity, in particular with the economic diversification strategy outlined by Saudi Arabia under its Vision 2030. While M&As are currently dominated by the energy, power and financial sectors, there is heightened activity spanning even the traditional sectors of retail, healthcare and education, as more providers seek to be listed and to consolidate their offering.

Other economic drivers such as the preparations for Expo 2020 Dubai in the UAE are also driving business activity – and in turn – opening doors for more business partnerships and possible mergers. Global tech leaders are also making a beeline for the region, as reflected in the recent acquisition of Souq.com by Amazon.

The growth of the SME sector as well as tech startups is another area that underpins the potential for more M&A activity, particularly in Dubai. But with M&A comes the inevitable challenge of change. And in times of uncertainly, the resounding question for employees will always be ‘what will happen to me?’.

During change, leadership must keep in mind that employees are learning to deal with a whole new business identity, often new management and new systems, whilst overcoming fears of potential restructuring and even job loss.

Research shows that in a merger, employees spend on average two hours per day worrying about the impact of the merger rather than performing their work. It only takes simple math to estimate the cost of this loss of productivity for an organization. Considering this potential effect on productivity level, how can you avoid putting your merger at risk?

Reality calls for deep engagement with employees, to keep them motivated and aligned with the vision of the deal and direction of the new entity. This is where change management becomes an imperative function of the business. It is unrealistic to keep everybody happy during the complexities and turbulence of a merger but what you can do is prepare your people for the path ahead.

Some of the key elements for leaders to focus on should be planning, communication, managing expectations, talent retention and speed. And the first few months of the transition time are the most important.

Before announcing the deal, ensure you offer a united leadership with clear governance and direction. The outcome of the pre-deal culture due diligence will help highlight any merger-critical differences.

Next, establish thorough communication and integration strategies. Communicate your vision, facts, values and integration plans clearly and through different forums. Engage with people at all levels as often as possible. Including reasons and rationale behind decisions will help pull people in the same direction.

Be vocal and transparent about change. Too many leaders try to buy loyalty by saying that there will be no changes. This is never the case and statements like this will have huge impact on management credibility and trust.

Make it priority to prepare people for change early on. Offer training around anticipating and dealing with change, especially to managers as they play a key role in promoting your vision and helping their teams deal with integration challenges. Encourage employees to turn change into an opportunity and to set own goals for growth and development.

People have a great capacity for change but often need clear directives and urgency. Make the tough decisions and take action early on so each individual can plan around the changes. It is uncertainty and ambiguity that cause the highest stress levels.

The most common complaint by employees during M&A integration is “Why are they taking so long?” Aim for closure after nine to twelve months. A non-decisive and slow approach to integration is high-risk. The consequences are often sagging morale, people leaving and again, productivity falling.

On average companies lose four out of ten managers in the first 24 months of a merger. And the best people are often the first ones to leave. It is important to remember that people are in many cases the most valued part of an M&A deal. And also that those who leave join and strengthen your competitors.Therefore, identify key talent early then ‘re-recruit’ using merger-specific reward incentives, higher salaries, new responsibilities and tasks. I strongly believe that in business the future corporate winners are those who adjust well to change.

M&A activity is an extreme example of organizations needing more fluidity and more delegated power for quicker decision-making. Be proactive rather than reactive and adopt an entrepreneurial, fast and highly communicative management style.

For the Middle East region, there are other cultural factors in addition to corporate culture that must be taken into consideration. The traditional family-business model is changing and mergers and partnerships mean hierarchies of management are also transforming, impacting both employees and owners.

If I can offer one piece of advice for the full potential of a merger, it would be to not just to cope with change as it happens, but to actively prepare for and then conquer it quickly and transparently.

This article was originally published by Forbes Middle East in June 2018, Issue 72. You can buy a copy here: https://www.forbesmiddleeast.com/en/shop/